Use Our FREE Referral Service Now 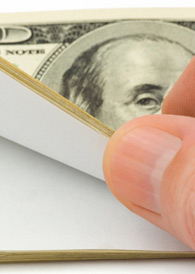 If you would like to be referred to a high profile Bankruptcy Attorney or Bankruptyc Law Firms in your area, please contact us for your California attorney referral.

Bankruptcy law provides for the development of a plan that allows a debtor, who is unable to pay his creditors, to resolve his debts through the division of his assets among his creditors. This supervised division also allows the interests of all creditors to be treated with some measure of equality. Certain bankruptcy proceedings allow a debtor to stay in business and use revenue generated to resolve his or her debts. An additional purpose of bankruptcy law is to allow certain debtors to free themselves (to be discharged) of the financial obligations they have accumulated, after their assets are distributed, even if their debts have not been paid in full.

Bankruptcy law is federal statutory law contained in Title 11 of the United States Code. Congress passed the Bankruptcy Code under its Constitutional grant of authority to "establish. . . uniform laws on the subject of Bankruptcy throughout the United States." See U.S. Constitution Article I, Section 8. States may not regulate bankruptcy though they may pass laws that govern other aspects of the debtor-creditor relationship. See Debtor-Creditor. A number of sections of Title 11 incorporate the debtor-creditor law of the individual states.

There are two basic types of Bankruptcy proceedings. A filing under Chapter 7 is called liquidation. It is the most common type of bankruptcy proceeding. Liquidation involves the appointment of a trustee who collects the non-exempt property of the debtor, sells it and distributes the proceeds to the creditors.

Bankruptcy proceedings under Chapters 11, 12, and 13 involves the rehabilitation of the debtor to allow him or her to use future earnings to pay off creditors. Under Chapter 12, 13, and some 11 proceedings, a trustee is appointed to supervise the assets of the debtor. A bankruptcy proceeding can either be entered into voluntarily by a debtor or initiated by creditors. After a bankruptcy proceeding is filed, creditors, for the most part, may not seek to collect their debts outside of the proceeding. The debtor is not allowed to transfer property that has been declared part of the estate subject to proceedings. Furthermore, certain pre-proceeding transfers of property, secured interests, and liens may be delayed or invalidated. Various provisions of the Bankruptcy Code also establish the priority of creditors' interests.

If you have any questions about the information provided above, please call (800) 215-1190 or contact Attorney Search Network.

Go back to Top